The Independent Oversight Advisory Committee (IOAC) formerly known as the Audit Committee, serves in an expert advisory capacity to assist the Executive Board and the Executive Director in exercising their governance responsibilities for financial reporting, internal control arrangements, risk management processes and other audit related matters.  The membership of the Independent Oversight Advisory Committee is wholly independent and external to the WFP Executive Board Secretariat and the Board. 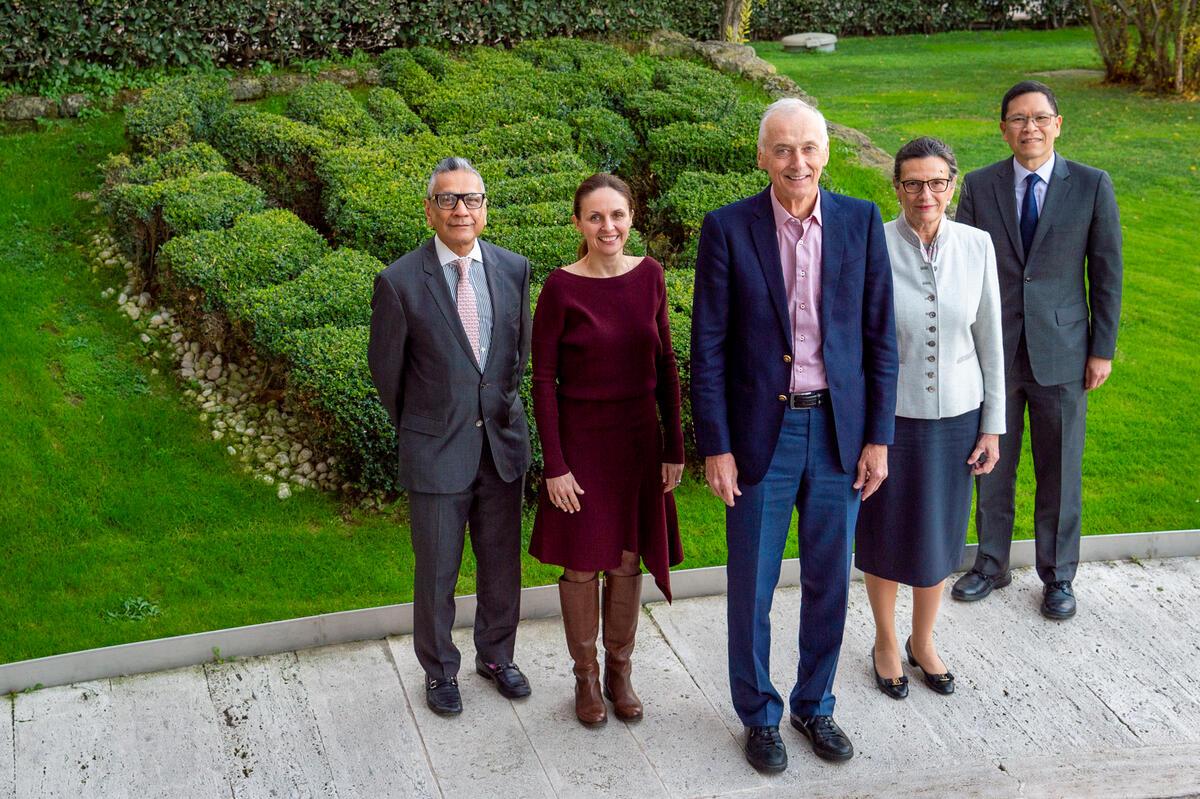 1984 – The AC was created as an entirely internal management committee. WFP was among the first United Nations organizations to establish such a committee, followed by UNESCO and UNFPA in 2004.

Following the 2003 and 2004 reviews of best practice mechanisms for governance and oversight presented to the Executive Board, the Executive Director proposed new Terms of Reference and the AC composition included five members: three external (including the Chairperson) and two internal.

2007 – For the first time, the AC was comprised entirely of external members, making WFP the first United Nations agency to have an AC with such composition.

2010 – The mandate of the AC was reinforced to include advice to WFP management on evaluation of operational risks, assessments of audit programmes and consultation on the appointments of the Inspector General, as well as the Director of Internal Audit and the Director of Inspections and Investigations.

2017 – The Terms of Reference were revised twice to reflect the latest best practices among which are WFP's strengthened oversight activities, including advice by the AC on the performance of the Inspector General; comments for consideration by the External Auditor in the independent determination of the External Auditor's work plan and reports; advice on ethics; extending cooling off periods for ex members of the Audit Committee and of the Executive Board as well as WFP staff; and reconstituting the selection panel for the appointment of Audit Committee members to five Executive Board representatives, one from each of the electoral Lists.

2018 – In response to recommendations in the Joint Inspection Unit review of audit/oversight committees in the United Nations system (project number A.434), the Terms of Reference were revised to include a sentence in paragraph 27 (As part of its rules of procedure, the AC shall conduct an annual self-assessment of its performance and report thereon to the Executive Board and the Executive Director.) and a sentence in paragraph 38 (As part of onboarding activities, incoming members shall receive a one-day induction, similar to that arranged for new Executive Board Members and Observers, prior to their first meeting.)

2021 – In response to recommendations in two reports issued by the Joint Inspection Unit in 2019 and 2020, the Terms of Reference were revised further. Additional changes include to update the frequency of the meetings and the position of the board secretariat within the structure of the organization. Based on the inclusion of all internal oversight functions the revised title, Independent Oversight Advisory Committee, more accurately reflects its responsibilities and activities.

On 11-12 December 2018, the 3rd meeting of Oversight Committees from the United Nations system took place in New York. Mr. Suresh Kana, the Chairperson of the WFP Audit Committee since 2017, joined the meeting.

The agenda included, among others, the following items:

•    Statement on internal control framework and how oversight committees can add value, including identifying the indicators of significant control or risk management deficiencies.

On 12-13 December 2017, the 2nd meeting of Oversight Committees from the United Nations system took place in New York. Mr. Suresh Kana, the Chairperson of the WFP Audit Committee since 2017, joined the meeting.

The agenda included the following items:

All of these issues have been noted in recent reports of the WFP Audit Committee and are thus of great relevance for the organization.

Chairperson Mr. Suresh Kana (South Africa) in the middle, first row, the sixth from the left.