From 22 to 25 May 2018, WFP, with support from the Executive Board Secretariat, hosted the piloting of the Global Action Model United Nations (GAMUN). About 400 students from various high schools in Rome as well as eight from Benin, Liberia and Senegal on a scholarship sponsored by the U.S. Mission to the United Nations Agencies in Rome participated in the simulation of the work of the United Nations.  This was the second Model UN supported by the Board Secretariat.

The initiative was launched by Ms. Valentina Carlino, President and Founder of the not-for-profit association “Global Action”.  She has been cooperating closely with embassies and missions in Rome in order to provide free education experiences on international diplomacy to young generations.

During the first three days, alternating groups of students discussed topics like food security, children’s rights, protecting cultural heritage and the environment in committees representing FAO, UNHCR, UNICEF, UN-Women, the UN Security Council and WFP.  They assumed the roles of delegates, experts, journalists, photojournalists and social media managers.  Awards were given to the best ones among these at the last day of the event.

Prior meetings with ambassadors helped them to better understand the perspective of the countries they represented.  A range of country representatives contributed to the opening and closing ceremonies of the event, including: 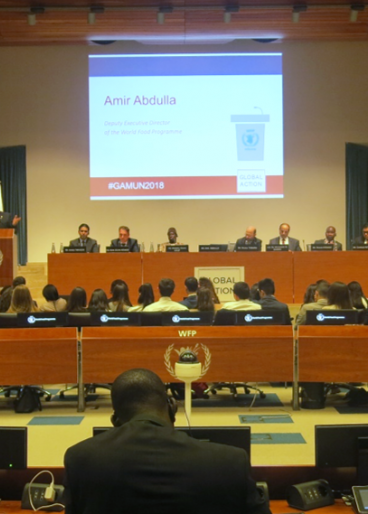 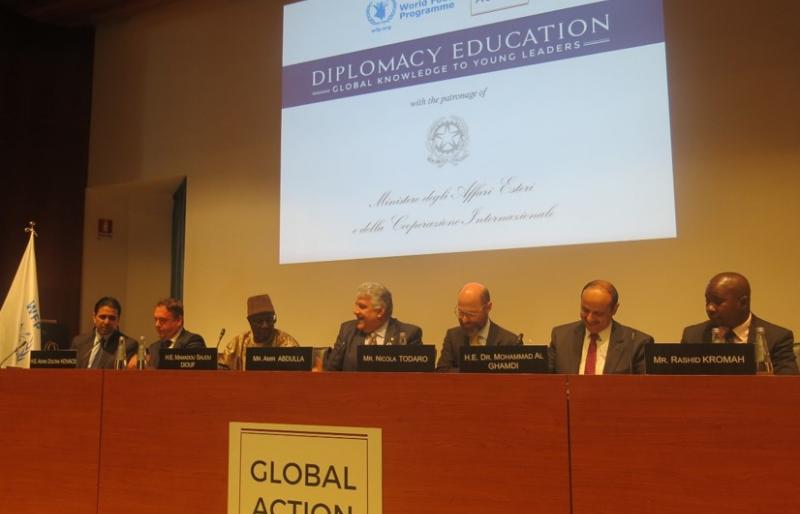 On the final day, Deputy Executive Director Amir Abdulla addressed the participants not as the leaders of tomorrow but of today, since almost half of the world population was aged 24 years or younger.  He encouraged the students to think of all the things that have been declared impossible in the past but eventually turned out not to be. “So, things that seem impossible when you tackle them can be done.”  All that was needed were effort, energy and the will to achieve something.  In his view, the UN simulation would help them to become better leaders in the future, encouraging his young audience to: “Embrace your future, embrace the 21st century. It’s yours.”