Visit from the Military Academy of the German Armed Forces

On 23 February 2018, a 15-member delegation from the Military Academy of the German Armed Forces, accompanied by Hannah Laubenthal, First Secretary and Alternate Permanent Representative of the German Permanent Representation to the UN Organizations in Rome, visited WFP Headquarters. The Academy prepares top-level military personnel from Germany and abroad for demanding tasks in the armed forces, in national ministries, in NATO, in the European Union and in the United Nations. In addition to German officials, the delegation members to WFP included military officers from Denmark, Estonia, Italy and Spain.

Their visit served to learn about humanitarian assistance programming provided by WFP, including briefings in the WFP Operations Centre on linking early warning with early action, the application of humanitarian principles, and supply chain management through UNHRD as well as UNHAS.

The Executive Board Secretariat also arranged for the delegation to have a photo opportunity with Executive Director David Beasley who impressed upon them the importance of working in close coordination along the humanitarian–development–peace nexus. 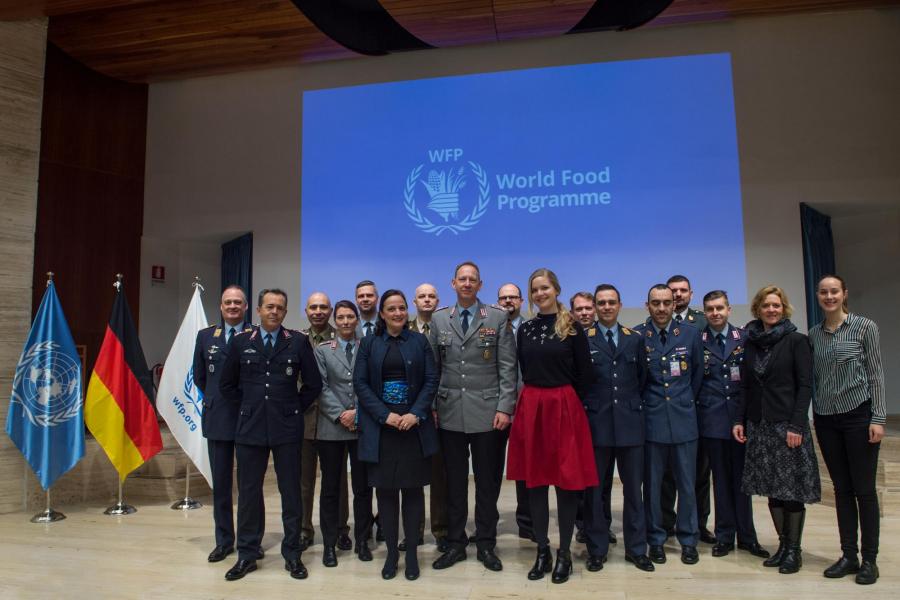 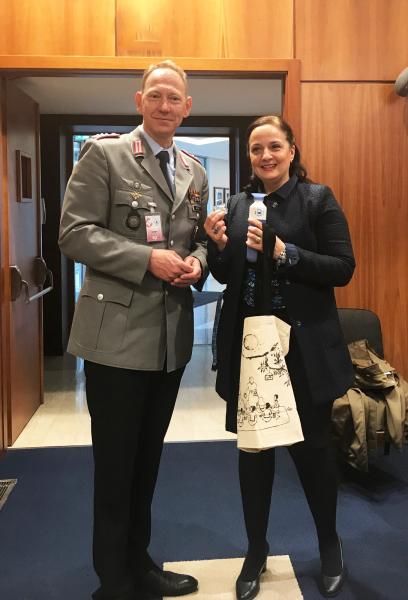 Colonel Henning Weeke, leader of the National General/Admiral Staff Officer Course at the Academy, receiving WFP visibility items, including a WFP water dopper piloted by the Executive Board Secretariat as part of the Greening the EB Initiative. Photo: WFP/Rina Manzo 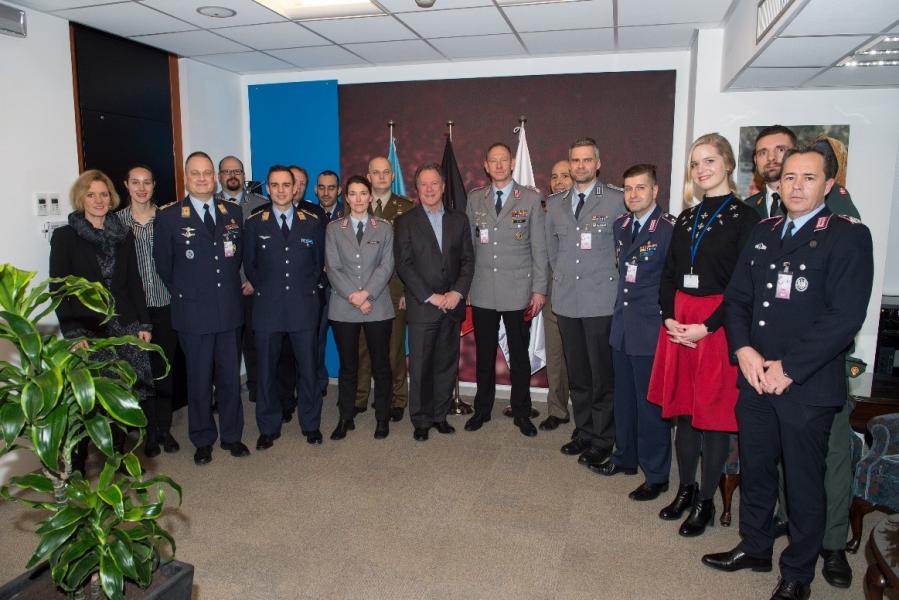